“We are design tailors”

Andrea Spada and Michele Corbani are the two masterminds who have brought the dreams of Concept Hotel Group into reality: by designing the Group’s 5 hotels (to date), and its head office. These two natives of Italy settled in Spain in their youth, (Andrea lives in Madrid and Michele in Pamplona), and they haven’t stopped working since. They have created restaurants, offices, commercial establishments, public areas and private homes. We spoke with Andrea to find out about the day-to-day of Ilmiodesign, the name they chose for their company when it was founded ten years ago.

Q: Italy is the cradle of art. Do you think design is part of your country’s character?
A: Being from Monza, a city that is located very close to Milan, and the cradle of furniture manufacturing, design is something that has stayed in me since I was a child. I still remember when I was twelve, and they took us to see the Zanotta factory, a global company in the manufacture and furniture design sector. Italians, in general, have internalised the concept of design. I remember that my family would take the classic Cube radio, designed by Marco Zanuso for Brionvega, on our summer holidays. It is a revered design piece now, but back then it was a common household appliance.

Q: I read that you and Michele met while on an Erasmus exchange in Salamanca (Spain). Did you know back then that you were going to team up creatively?
A: The Polytechnic of Milan had the great idea of sending only five students to the Faculty of Fine Arts in the University of Salamanca, and it is there that me and Michele met. At the time, we were full of happiness and youthfulness, and we did not think about working professionally in the future, and, in addition, as partners. The idea arose when we returned to Spain. After working and maturing in several studios in Madrid we decided to start our own company. We named it, Ilmiodesign, as a statement to say that we were finally designing projects that we would undertake ourselves.

Q: Would you say that designing the interior of a hotel, an office or a dwelling is like telling a story?
A: Yes. However, designers always need a good client on the other side of the fence, someone who transmits what they want, their concerns and desires. We consider ourselves a design tailor who stitches together tailormade suits for our clients. Neither me or Michele would want to become a ready-to-wear shop.

Q: What are the first steps in this creative process?
A: After making contact with the client, we believe that getting to know the space we will be working on, in situ, helps us a lot. The next step is to sit around a plan and compare and contrast the visions that each one of us has for the project. We usually end up arguing after this first phase because it is an almost natural release that reveals how much we are interested in the project, along with the excitement of developing something new. We then leave the ideas rest on paper and come back to them a day later. This is how the sketch starts, and the ideas created will be turned into reality.

Q: Do you always design the furniture for your projects, or do you comb the market until you find the perfect piece?
A: We like to design pieces because we think it is the way of providing that exclusive touch to our work, through small details, as well as making each project different. But, at the same time, the Salone del Mobile in Milan is unmissable for us in order to get the latest news and trends, and transfer them to our projects before other studios.

Q: Were the projects that you developed for Concept Hotel Group made individually, or did you already have some general ideas that define the Group’s personality?
A: Every time we develop an idea for Concept it is a new and special adventure. The story they tell us is always different, fascinating and stimulating. We like to be asked to switch gears in the design of each hotel. It is a great personal challenge, and gives us the possibility of investigating new hotel trends. In addition, we love Ibiza, especially in winter when we visit the island for a couple of days to see the works. It is a quiet, relaxed island. For someone who lives in a city, a walk on the beach is worth a lot.

Q: You have recently been in New York for business. How does this city, considered by many to be the best in the world, inspire you?
A: New York is a mythical city like few others in the world. On our last trip we visited a lot of hotels, all of them were interesting. The city invests a lot in design and the results are amazing. In New York, the best professionals in our sector compete to carry out their own ideas. We are also close to achieving this with our work. 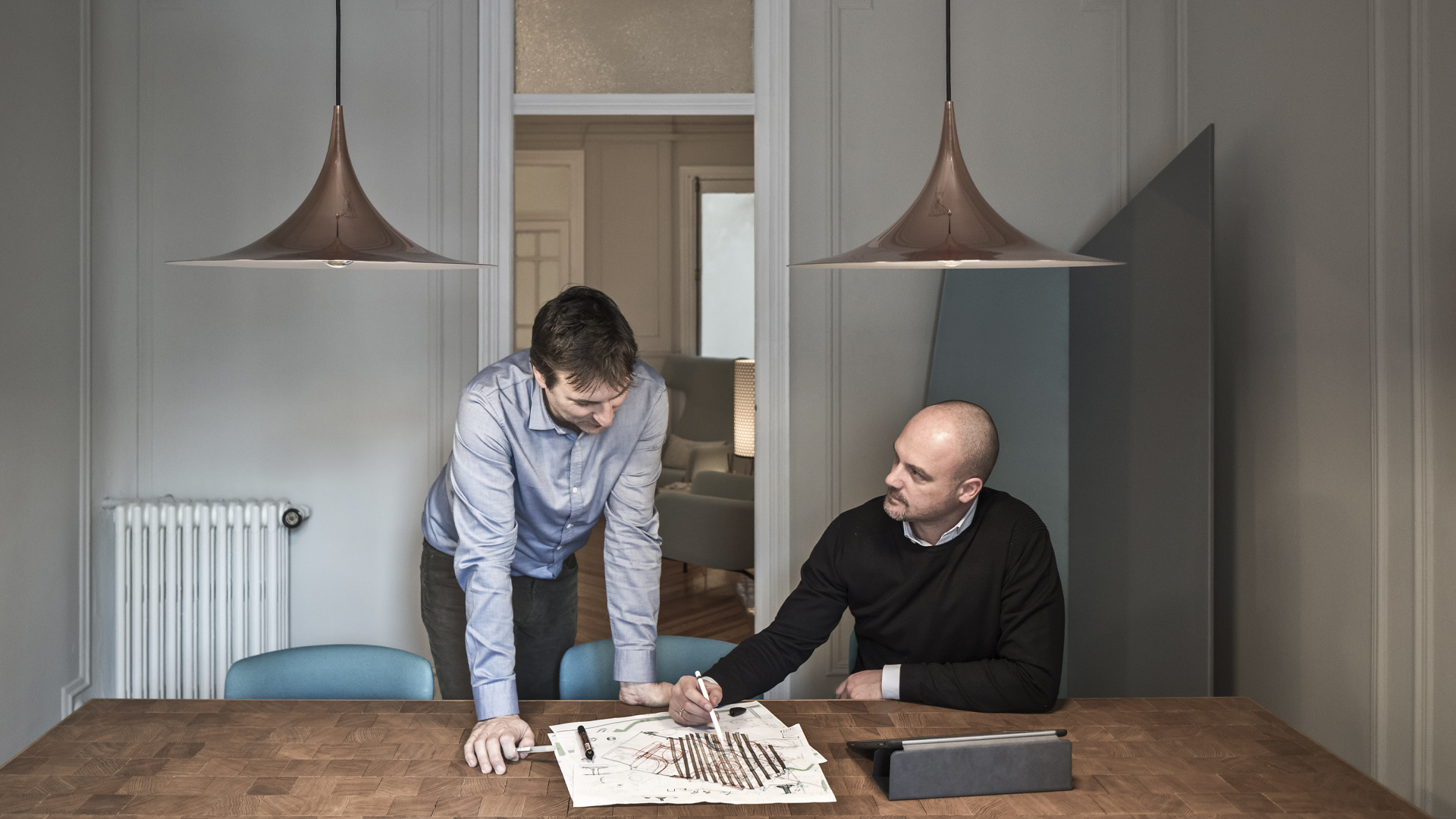