Once upon a time there was a young Englishman called Terry O’Neill who wanted to become a jazz drummer. It was the 1950’s, and our Terry dreamed of escaping to New York to learn from the masters of the scene. However Ryanair hadn’t been invented yet, and the tickets were way too expensive for him.

One cold morning, while he was eating his breakfast of baked beans and tea, he had the bright idea of becoming an air steward so that he could fulfil his dream of going to New York, for free. He got in touch with an airline who told him that getting a job in the airline’s technical photographic unit would help his chances of getting an air steward’s job, So O’Neill joined this department as a trainee. He took regular courses at art school and this awakened his interest in photojournalism.

One day as Young Terry was walking through Heathrow Airport he came across an elegant-looking man, wearing a suit and sleeping in the waiting room. The gentleman was surrounded by a group of Africans Chieftains, complete in full regalia, and the situation was so unique that he decided to take a photo.
The man in question was in fact Rab Butler, the British Home Secretary, and the photo, which ran in the papers soon after, was so successful that O’Neill was instantly inundated with work and he began working at popular London tabloid called The Daily Sketch. Overnight the drummer had become a photographer.

At the beginning of the 1960’s, photographers still worked with large and unwieldy cameras. Given the nature of the assignments O’Neill worked on, he couldn’t haul one of these cameras around so he went to a market and bought a 35mm camera, without knowing that this cheap tool of his would end up converting him into a legendary photographer.

The camera’s small format and ease of use allowed him to move silently around his subjects, making him invisible, and achievachieving relaxed, natural images of a type that had never been seen before.

Moving onto 1963, he took some photos of a group you may have heard of: The Beatles. The photos were taken in the courtyard of Abbey Road Studios, where the group where recording their debut album. These photos were so damn cool that they became some of the first photos of a rock band to be published in the press.
They also brought him to the attention of some the most popular artists in the world and he soon began taking pictures of the big hitters including: The Rolling Stones, David Bowie, Led Zeppelin, Elvis Presley, Elton John, Bruce Springsteen and Frank Sinatra. Frank loved Terry’s work so much that they continued to work together over the next 30 years.

Another thing that makes O’Neill such a legend is the fact that he is extremely persistent. Before shooting his subject with his camera, he would often spend days or weeks with the artist, so much so that they ended up becoming friends with him. This in turn made the subject relax when in his presence, allowing for spontaneous and informal photos.

So we’ve reached the end of this little story about Terry O’Neill, a man who never achieved his dream of being a jazz drummer, but who, with his photos, converted a group of unknown kids into some of the biggest rock ‘n’ roll legends of all time. We at Concept Hotel Group are eternally grateful for this, and as a tribute, three of his most iconic photos will grace the walls of our Dorado Hotel forever and ever: The Beatles in the Abbey Road Studios courtyard (Room 409), Bruce Springsteen walking on Sunset Boulevard (Room 403) and Queen in one of their first studio sessions (Room 405). 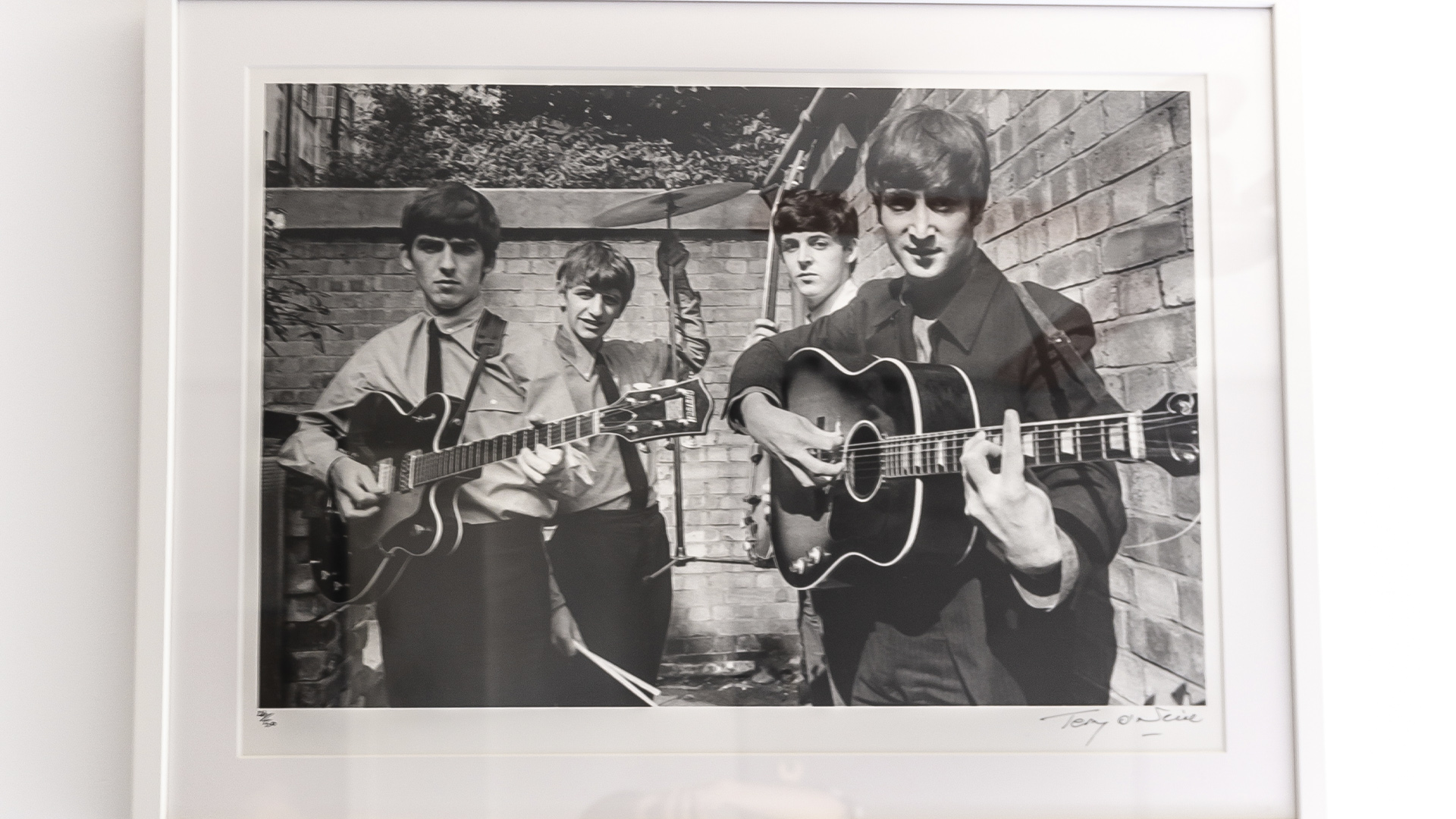