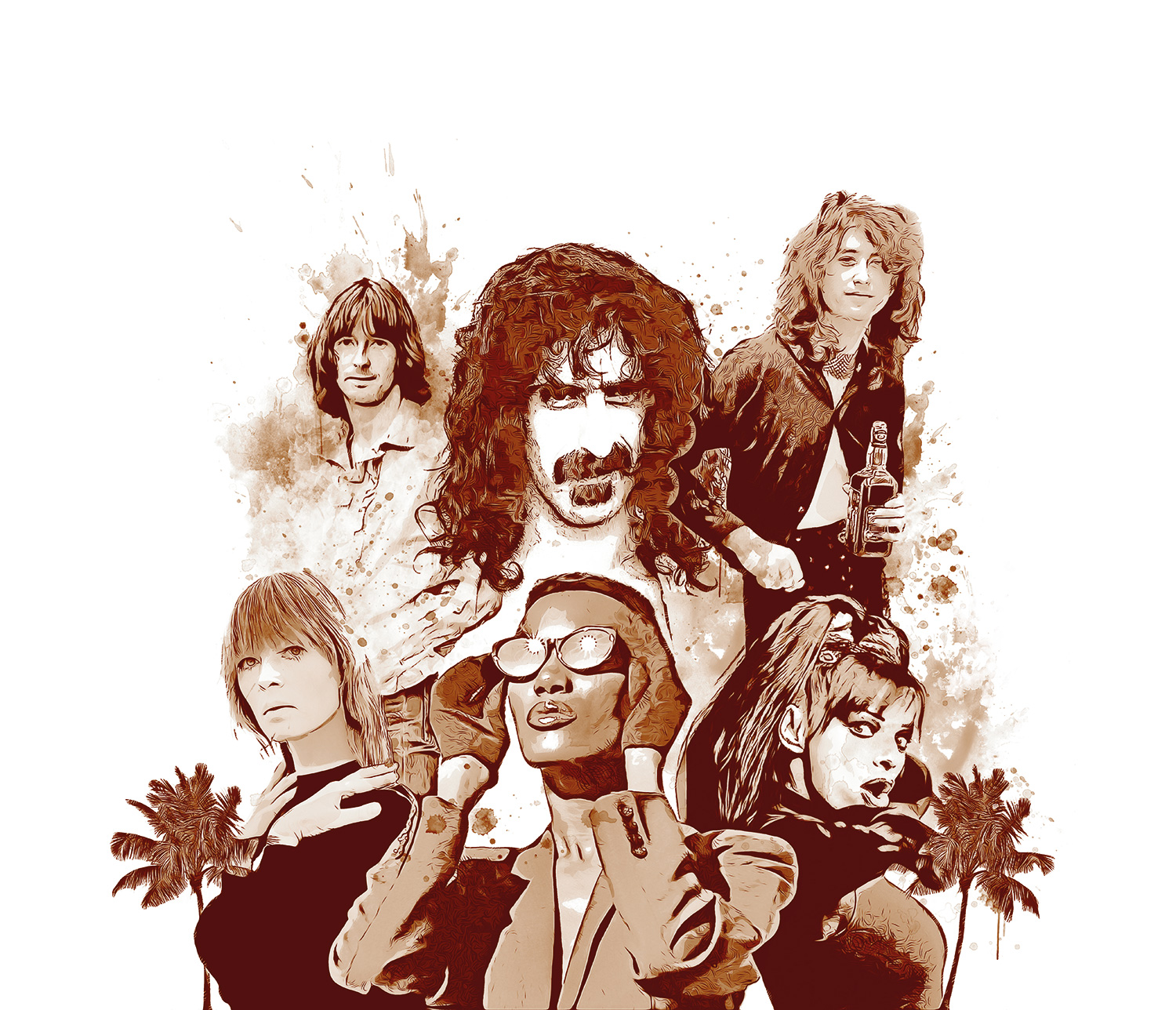 In the late 1960s, a shockwave of hippy love crossed the Atlantic to dock on European shores. Ibiza was one of the epicentres of an earthquake that questioned everything, but changed almost nothing except culture in general. Music: rock, folk, psychedelia, funk, punk, reggae and disco changed forever. A smörgåsbord of sounds provided the soundtrack for an island that became a refuge and source of inspiration for many artists until the nineties.

Christa Päffgen’s pale complexion contrasted with the darkness of a voice that illuminated avant-garde scene art scene half a century ago. A deep tone resonated from her voluptuous lips. This German singer’s overwhelming beauty captivated all who made her their muse. Andy Warhol was the first to fall under a spell, that also captivated the members of The Velvet Underground.

The international pop-rock scene quickly followed suit as Christa became Nico, the stage name she was given by a photographer. She became a singer-songwriter, model and actress, whose stunning, chiselled features ultimately brought her more sadness than joy. After touring on several low budget tours in the 80s, she wanted to get away from it all and went to Ibiza on holiday in 1988.

She loved riding her bike along the island’s rural roads and unfortunately, this is how she met her end. On 18th July she fell off her bike and hit her head on a rock, causing severe brain haemorrhage. Her friends said goodbye by playing her songs on a cassette tape at her funeral.

An artist who always had a pleasant relationship with God and Ibiza is Nina Hagen, another German whose dazzling performances raised the extravagance of operatic punk to the next level. Nina experienced an epiphany when experimenting with LSD, a moment that marked her destiny. She was nineteen years old when she heard a male voice mumbling, “Nina, I’m here. I will help you.” From then on her dogma consisted of a mixture of religion, spiritualism and a fervent belief in aliens.

The mother of punk decided to get married in Ibiza in 1987 to an 18-year old called Iroquois. Their wedding photo is one of the most original of all time: Nina with a cascade of red hair flowing down her back and Iroquois sporting a massive Mohican. The nuptials were crowned with a wild celebration of their love at Benirràs, an occasion that only a privileged few could attend. It’s quite possibly the most bizarre wedding that the island has ever known.

Grace Jones has graced Ibiza with two concerts, spanning different decades. The Jamaican diva had been the queen of New York in the late 70s, and ten years later at the peak of her powers, she performed in Ibiza. Jones was, and – still is – beautiful, artful, exotic and frighteningly wild. In 1988 she won over KU’s audience with a disco tour-de-force that saw her wear outfits that have influenced modern- day divas such as Lady Gaga and Rihanna. Jones’ physique – an androgynous and slender sculpture carved in ebony – did not go unnoticed when she moved around the island. There is an iconic photo of her sticking her tongue out at Carles Ribas’ camera while she walks the beach in the company of Tony Pike that particularly sticks in the memory. She made a triumphant return to the island in 2009, with a sold-out concert at Space Ibiza in 2009 that took the breath away. She literally was a Hurricane, the title of her first album in almost twenty years.

Another legend who didn’t want to miss the opportunity of getting a tan under Ibizan skies was Jimmy Page, a badass guitarist who led one of the most influential bands of all time: Led Zeppelin. They broke up in 1980 after the tragic death of drummer John Bonham, but Page continued to fly solo. Five years later he answered the siren call of Ibiza, where he played to at the Sun Power Festival, an idea that seemed good on paper but was, in reality, a complete failure. Accompanied by Chris Squire – the bass player from Yes, and Jason Bonham, son of John, they played three songs in front of a disappointing crowd of 1000 people (8000 tickets were put on sale).

If we are talking about guitar wizards then we have to mention Eric Clapton. The one-time member of Cream set sail for Ibiza from Cannes to star in a concert at the Bullring in August 1977. However, they hit some heavy weather and the resulting storm almost sunk their boat. The Mediterranean Sea may seem tame but it can be treacherous. If you have seen the scene in The Wolf of Wall Street where Jordan’s yacht sinks on the way to the Costa Azul can probably imagine what Eric’s voyage was like. It’s been said that Clapton’s boat bounced around the seas like a ball in a pinball machine. One of several people to be called the fifth Beatle because of a strong connection with George Harrison, he lived to tell the tale and appeared live in concert on 5th August 1977.

Frank Zappa, one of the stars of Ibiza ‘92 Festival, had a more relaxing time when he came over. His visit was quick, as fleeting as a comet that leaves an indelible trail in its wake before disappearing. Frank Zappa visited the island in summer 1989 (four years before dying of prostate cancer) but the island left a huge impression him, as seen in an immortal photo of Frank pointing his finger at the Es Vedrà islet, while stating: “”Ibiza is a fantastic island, here sex shines brighter than the sun.” No wonder this contemporary Renaissance man was so successful.