Christmas is coming, meaning loud carols, streets decked in Christmas lights, kids singing, and the streets crowded with people carrying an infinity of shopping bags. If you prefer to stay at home watching movies in your Grinch jumper while wearing the slippers that Granny gives you each Xmas, to going out in the cold, we bring you our definitive list of Christmas flicks that will add the finishing touch to your festive season. 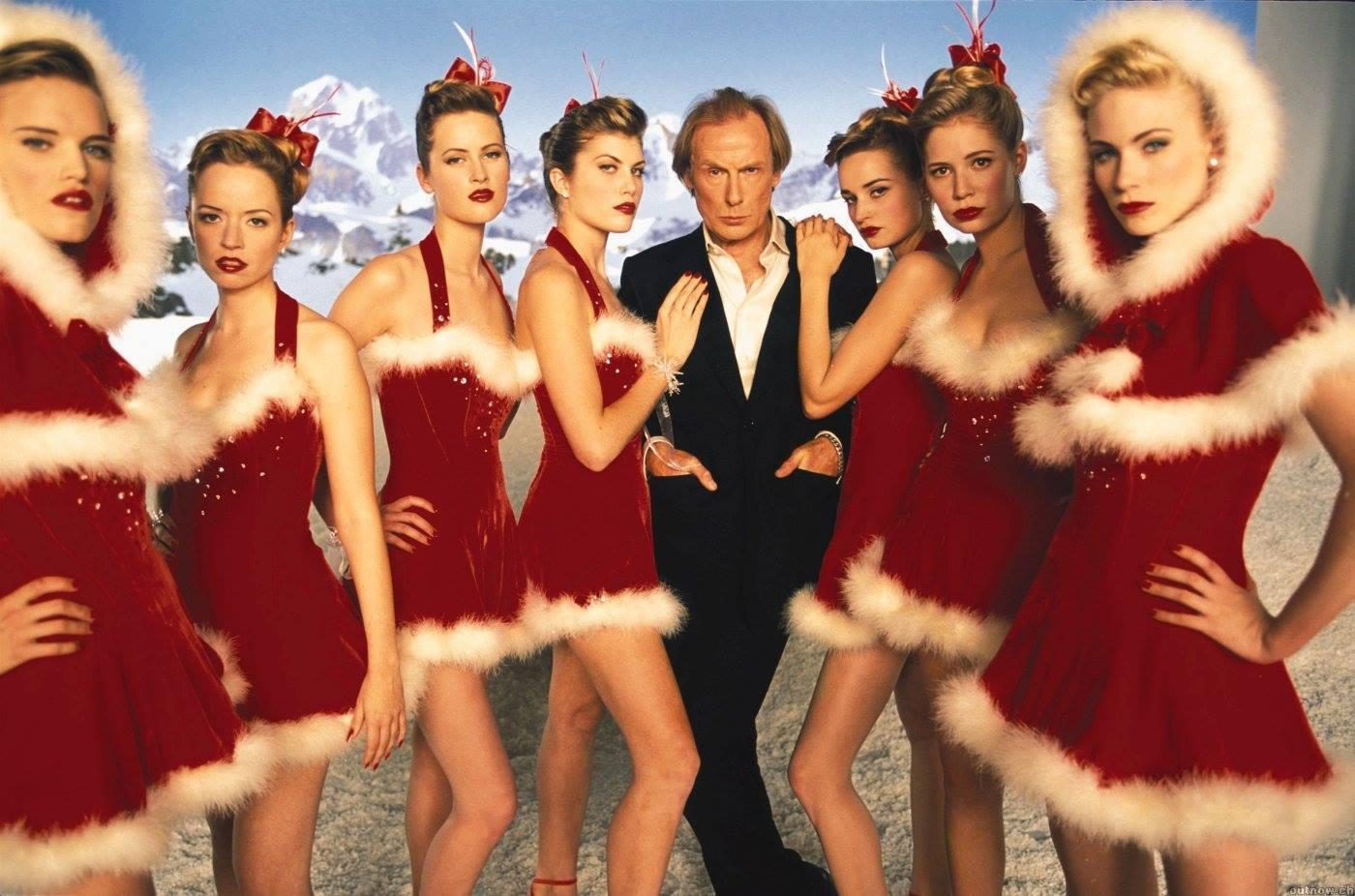 The message «To Me, You Are Perfect» with Christmas carols playing on a boombox, delivered on large cue cards by lovestruck Andrew Lincoln (The Walking Dead), was etched into our minds during that tender Christmas of 2003. The recipient of themessage, à la Bob Dylan, is Keira Knightley, who was the most envied woman of that year. This is just one drama in a cocktail of parallel stories, happening at the same time during Christmas, and in the most beautiful city to experience this time of year: London.

Robert Downey Jr, Michelle Monahan and Val Kilmer… in a Christmas movie? Yes, you read that right. This curious film from 2005, which ended up lost in the annals of cinematic history, is, in essence, a complete film: Intrigue, comedy, romance and action amidst Christmas lights. Robert Downey Jr. plays a petty thief from New York who, as fate would have it, is sent to Hollywood to train under a private eye for a potential movie role, but the duo are thrown together with a struggling actress into a murder mystery. This fantastic film is so, so recommended! 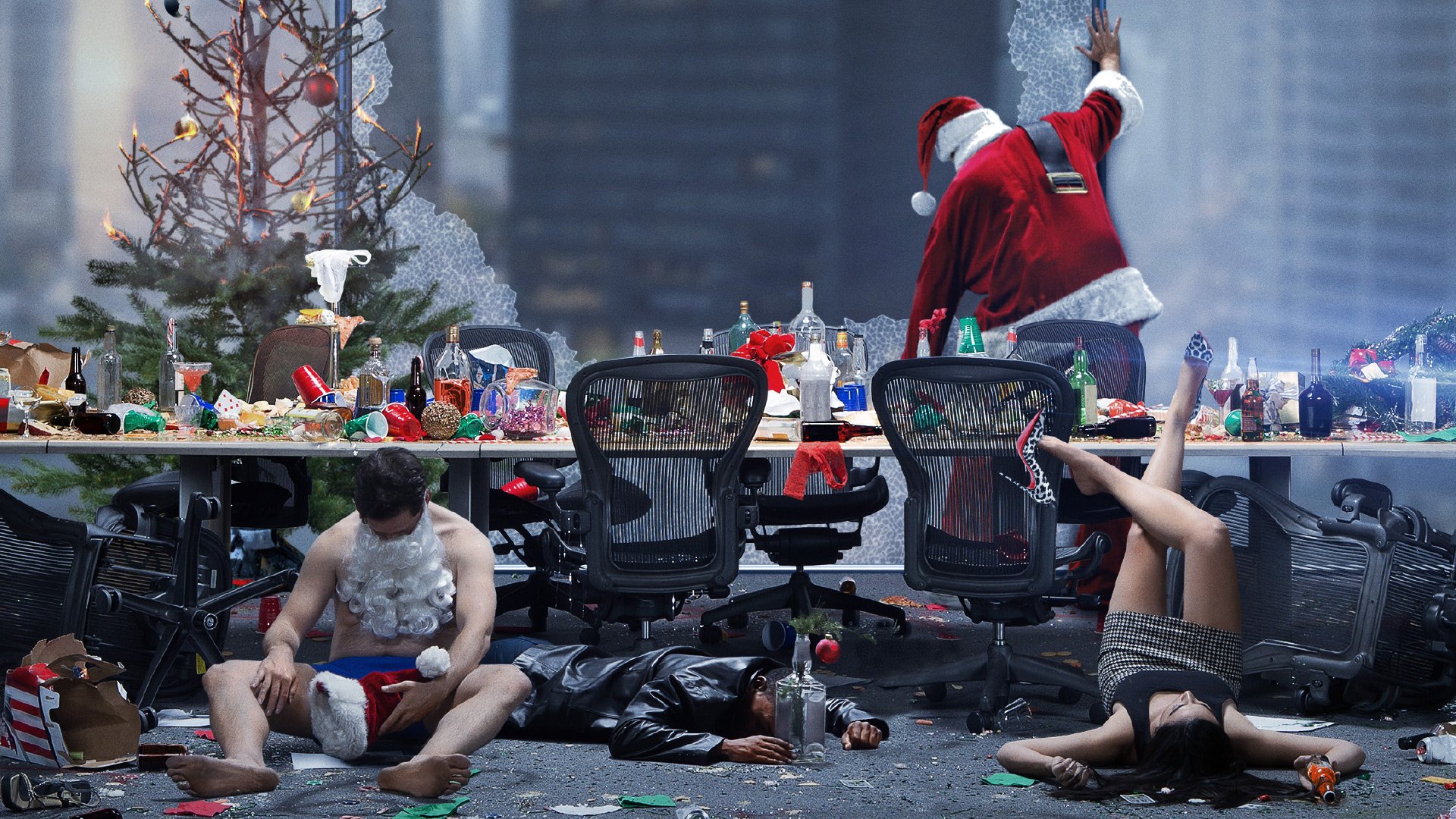 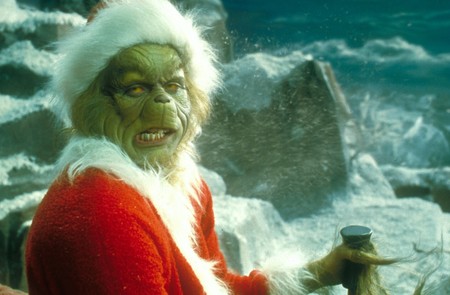 Everything beautiful, sweet and happy has to have a counterpoint, an opposite, an antagonist, an enemy. And that, indeed, is The Grinch. We continue in the 2000s with a film from the same year starring the unclassifiable Jim Carrey as a green monster who hates Christmas and wants to end to it at all costs. You might identify with him a little because, to be honest, when we grow up and Christmas fever wears off, we all have a bit of The Grinch in us.

To close this definitive list, we couldn’t leave out this masterpiece based on “A Christmas Carol” by Charles Dickens. This 1946 film is broadcast annually at Xmason American TV and considered one of the 100 greatest American films of all time. The film stars James Stewart as George Bailey, a man who has given up his dreams because of his great sense of duty and responsibility. Bailey’s emotional burden is so heavy that he decides to take his own life on Christmas Eve, but something gets in the way of his plans. A hymn to life, a film of steely and purely American optimism.

Jason Bateman (Ozark) and Olivia Munn (The Newsroom) headline this hilarious Christmas comedy about a company party gone wrong. One of those films that pass (in my opinion, unjustly) without much fanfare, but deserves much more as it is an entertaining and fun film about the shenanigans that take place in offices across the world at this time of year.

Who doesn’t remember the adorable, scared face of a young Macaulay Culkin in this classic among Christmas classics? It’s a film that works, whether you put it on as after-dinner entertainment or leave it on in the background while the kids (or the dogs) play. You might judge the Macaulay’s parents harshly, but don’t take it too seriously, it’s just light-hearted Xmas fare. Privacy Settings
We use cookies to enhance your experience while using our website. If you are using our Services via a browser you can restrict, block or remove cookies through your web browser settings. We also use content and scripts from third parties that may use tracking technologies. You can selectively provide your consent below to allow such third party embeds. For complete information about the cookies we use, data we collect and how we process them, please check our Privacy Policy
Youtube
Consent to display content from Youtube
Vimeo
Consent to display content from Vimeo
Google Maps
Consent to display content from Google
Save
Welcome to the basic information about the cookies on the website of the entity: CONCEPT & DESIGN HOTEL GROUP S.L. A cookie is a small information file that is stored on your computer, smartphone or tablet every time you visit our website. Some cookies are ours and others belong to external companies that provide services for our website. Cookies can be of several types: technical cookies are necessary for our website to work, do not need your authorization and are the only ones we have activated by default. Therefore, they are the only cookies that will be active if you only press the ACCEPT button. The rest of cookies serve to improve our webpage, to personalize it based on your preferences, or to be able to show you advertising adjusted to your searches and personal interests. All of them are deactivated by default, but you can activate them in our COOKIES CONFIGURATION section: take control and enjoy a personalized navigation on our page, with a step as simple and fast as checking the boxes you want.
If you want more information, consult the COOKIES POLICY of our website

This website uses cookies to improve your experience while you navigate through the website. Out of these, the cookies that are categorized as necessary are stored on your browser as they are essential for the working of basic functionalities of the website. We also use third-party cookies that help us analyze and understand how you use this website. These cookies will be stored in your browser only with your consent. You also have the option to opt-out of these cookies. But opting out of some of these cookies may affect your browsing experience.
Functionality and personalization cookies
Functionality cookies allow us to remember your preferences, to personalize certain features and general options of our website, every time you access it (for example, the language in which the information is presented to you, the sections marked as favorites, your browser type, etc.). Therefore, these types of cookies do not have an advertising purpose, but by activating them you will improve the functionality of the website (for example, adapting to your type of browser) and the customization of it based on your preferences (for example, by presenting the information in the language that you have chosen in previous occasions), which will contribute to the ease, usability and comfort of our webpage during your navigation. You can activate or deactivate these cookies by checking the corresponding box, being disabled by default.
Behavioral advertising cookies
Behavioral advertising cookies allow us to obtain information based on the observation of your browsing habits and behaviors on the web, in order to show you advertising content that best suits your personal interests. To understand it in a very simple way, we will give you a fictitious example: if your last searches on the web were related to suspense literature, we would show you advertising about suspense books. Therefore, by activating this type of cookies, the advertising that we show you on our website will not be generic, but will be oriented to your searches and interests, therefore adjusting exclusively to you. You can activate or deactivate these cookies by checking the corresponding box, being disabled by default.
Analysis cookies
Analysis cookies allow us to study the navigation of the users of our website in general (for example, which sections of the page are the most visited, which services are used most and if they work correctly, etc.). From this statistical information about navigation on our website, we can improve both the operation of the page itself and the different services it offers. Therefore, these cookies do not have an advertising purpose, but only serve to make our website work better, adapting to our users in general. By activating them you will contribute to this continuous improvement. You can activate or deactivate these cookies by checking the corresponding box, being disabled by default.
Advertising cookies
Advertising cookies allow us to manage the advertising spaces included in our website based on criteria such as the content shown or the frequency in which the ads are displayed. For example, if you have been shown the same ad several times on our website, and you have not shown a personal interest by clicking on it, it will not appear again. In summary, by activating this type of cookies, the advertising shown on our website will be more useful and diverse, and less repetitive. You can activate or deactivate these cookies by checking the corresponding box, being disabled by default.
Others
Other uncategorized cookies are those that are being analyzed and have not been classified into a category as yet.
Technical cookies needed
Technical cookies are strictly necessary for our website to work and for you to navigate through it. These types of cookies are those that, for example, allow us to identify you, give you access to certain restricted parts of the page if necessary, or remember different options or services already selected by you, such as your privacy preferences. Therefore, they are activated by default, your authorization is not necessary. Through the configuration of your browser, you can block or alert the presence of this type of cookies, although such blocking will affect the proper functioning of the different functionalities of our website.
GUARDAR Y ACEPTAR